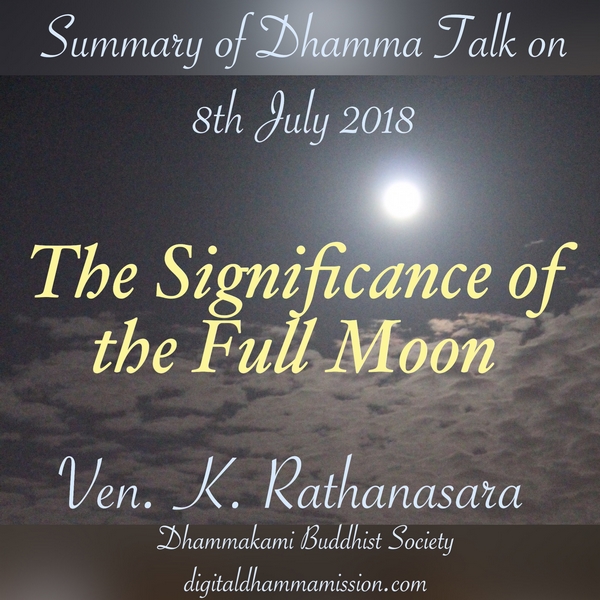 Since time immemorial, human beings have observed the influence of the moon on this planet, its atmosphere, flora and fauna, which greatly influence human lives. It was observed that the emotions of people with mental disorders seemed aggravated on full moon days (hence the word “lunatic”), while some diseases like epilepsy, asthma, bronchitis, and certain skin diseases, too seemed to worsen. Ancient doctors noticed that the hormones of the human body changed and reacted differently on full moon days, sometimes affecting the efficacy of medicines. Snake bites were noted to be particularly dangerous and possibly fatal, while those who underwent surgeries seemed to bleed more, if these happened on full moon days. The moon also has great influence on agriculture, with farmers observing that their crops would be affected if their plants were to bloom on full moon days. Even in modern society, researches continue to be done, and it is found that the lives of human beings, animals, and plants operate in 28-day cycles that coincide with the lunar month.

Due to these observations, ancient sages recognised full moon days as something to be careful of, and they advised the ordinary people to exercise caution by relaxing, refraining from worldly commitments, calming down, developing the mind, and engaging in religious practices on this day. In ancient times before electricity was invented, the brighter full moon nights also made it possible for people to engage in religious dialogues and practices even at night, hence many religions took the opportunity to introduce their teachings and hold public talks, discussions, dialogues, and debates, on full moon days. Full moon days were therefore accepted as designated days for religious practices in ancient society, with people flocking to religious congregations on these days.

Patimokkha recitation plays an important role in the sustenance of the dispensation of the Buddha. Patimokkha refers to the monastic code of ethics and disciplinary rules. When the monastics gather in their own assemblies for Patimokkha recitation, they will first declare in front of the assembly if they had broken any monastic rules and resolve to refrain from doing so in the future. Such a practice plays an important spiritual and psychological role in the purification process and ethical development of the monastics. Today, monks and nuns throughout the world still recite their Patimokkha on full moon days.

The second advice from the Buddha for the monks to teach the Dhamma to lay people on full moon days is also of great importance. Monasteries started to have Dhamma programs, meditation retreats, Dhamma talks and sermons, and various educational programs on full moon days. Lay devotees also made it a point to go to the monasteries on these days because the monks were teaching.

Lay devotees were then encouraged to observe eight precepts on full moon days, and it has become a common practice for laities to participate in overnight retreats at the monasteries, during which they would refrain from the sensual pleasures of ordinary life and dedicate themselves for spiritual cultivation, spending their time diligently to learn, practise, and deepen their understanding of the Dhamma. In some monasteries for example, there could be a few meditation sessions, a few Dhamma sharing sessions, questions and answers sessions, and so on, and sometimes these devotees do not sleep but spend the night discussing the Dhamma, chanting, meditating,or reading. Such practices are still prevalent today in Buddhist countries.

In fact, full moon days have become extremely important for the Buddhist community, with major social, spiritual, and religious significance, because these are the days that the fourfold disciples of the Buddha – monks, nuns, lay men, lay women – will assemble together in a united congregation, with mutual understanding and respect, in a win-win situation to practise the path of the Buddha together, and go towards the same direction of enlightenment.

In days gone by, full moon days were actually declared as public holidays in Buddhist countries, so that people can spend time on their spiritual practices. In fact, the four days in the phases of the moon – new moon, waxing moon, full moon, waning moon – were designated by the rulers of Buddhist countries as spiritual observance (Uposatha) days. It was only during the colonial period that Sundays became non-working days. Sundays have no religious significance from the Buddhist point of view, but Buddhists have now adjusted and adopted Sundays as our days for religious activities.

Notwithstanding, we must remember that it is the full moon day that is of religious significance to Buddhists and understand the history behind it; it was the Buddha Himself who instituted the Buddhist full moon day practices. With careful examination, we will also notice that the major events of the Buddha’s life all happened on full moon days – birth, great renunciation, enlightenment, giving of first sermon, and great passing away. In fact, each full moon day for all the 12 months marks something remarkable that had happened in the history of Buddhism. On these days, people still flock to the monasteries to remember these great events with so much enthusiasm, energy, and effort. Particularly, Vesak full moon day is the most important day for Buddhists and we should observe this day and appreciate its value.

As Buddhists, we should not misunderstand nor belittle the full moon day practices as traditional or baseless. Instead, we should understand the significance of it and recognise its value, and strive in our practices on these days based on this understanding. On full moon days, we should make it a point to observe it and contemplate upon it, dedicate ourselves to developing our spiritual practices, or go to a suitable monastery, temple, society, or wherever there is a religious congregation, to learn and practise the teachings of the Buddha.