The Discourse on Setting in motion the wheel of truth

After his attainment of Supreme Enlightenment, the Buddha delivered his first sermon, Dhammacakkappavattana Sutta, to Five Ascetics at the deer park in Beneras. In this discourse, the Buddha revealed his unique discovery: the Four Noble Truths.

This, is a serious misunderstanding.

The Four Noble Truths in fact represent the pinnacle of the Buddha’s teachings.

Dhammacakkappavattana Sutta in this audio recording is chanted by the students of the Dhammanusari Chanting Group of the Sri Lankaramaya Buddhist Temple in Singapore.  The eBook which accompanies this audio recording provides the text of Dhammacakkappavattana Sutta in Romanised Pāli together with English translation, explanatory notes on the Sutta and two articles which explore the various fundamentals of the Buddha’s teachings.

This audio recording and eBook come to you as a result of the contribution, dedication and generous support of many Dhamma Friends. 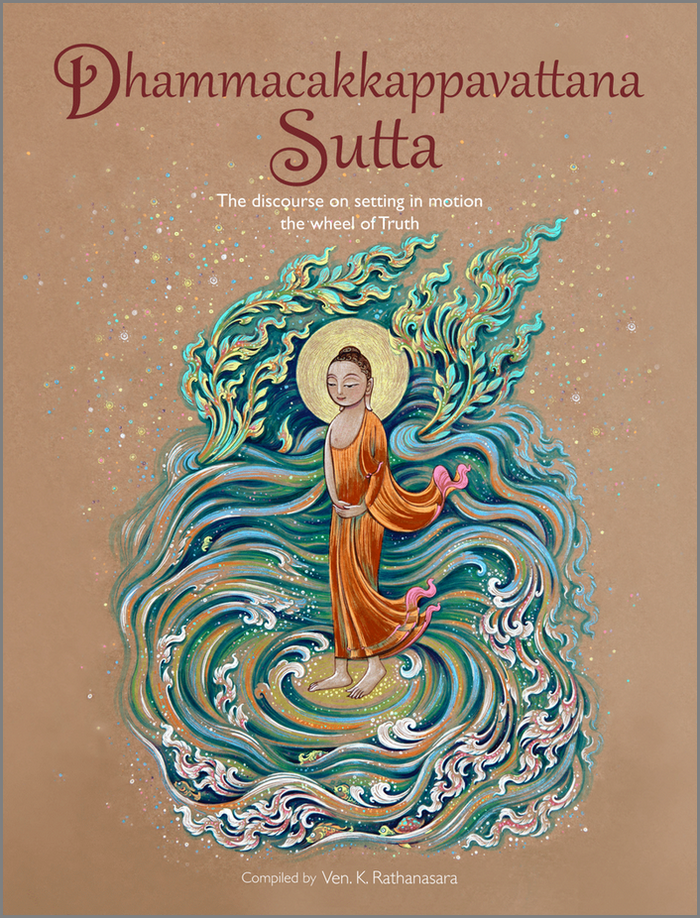 Note: The Dhammacakkappavattana Sutta eBook and audio recording were initially produced as a booklet with an accompanying audio CD. As such, readers and listeners will now see and hear the references of ‘booklet’ and ‘CD’. This was also a production made during the time when Ven. K. Rathanasara was the resident monk at the Sri Lankaramaya Buddhist Temple. Back then, he led a group of devoted Dhamma friends, known as the Dhammānusāri Chanting Group, before its regrouping to the current Dhammakami.