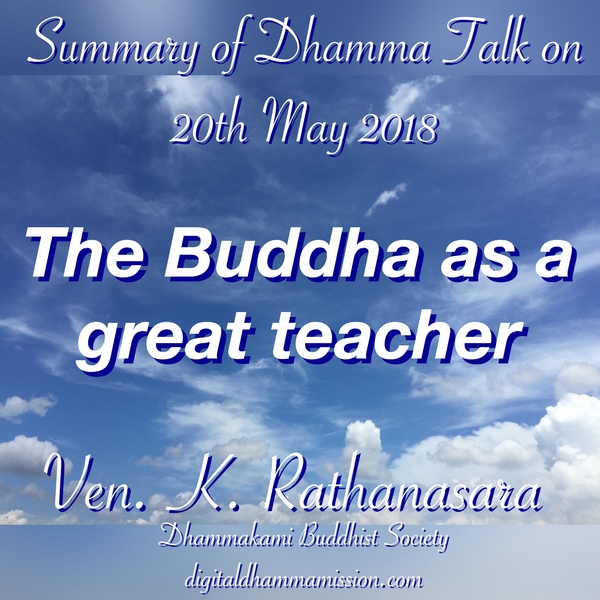 Buddhism spread far and wide within a short period of time to become the most popular and prominent teaching in ancient India during the time of the Buddha. Thousands embraced Buddhism, including many who were highly educated intellectuals, from upper class and well to do families, such as powerful kings and princes, wealthy merchants, and learned Brahmins. Many gave up their status, wealth, and power to become monks and nuns. Famous debaters or expounders of various doctrines intending to defeat the Buddha eventually became followers. There were also people who having heard the Buddha’s answers to their questions, became peaceful and joyful, and accepted the Buddha as their teacher. Buddhism spread in its own peaceful way; the Buddha never used political power to spread His teachings even though He had kings amongst his disciples. Today, Buddhism remains as one of the most successful religions in the world, and is still spreading and gaining popularity.

So how did the Buddha become so successful in spreading Buddhism all over the world? There are two major reasons.

First, the message that the Buddha proclaimed to the world addresses an issue that is very central and fundamental to human beings – the problem of suffering. All human beings want to be happy, peaceful, and joyful, but they do not know how to achieve it. The Buddha found the answer to achieving perfect bliss and happiness – by ending dukkha (unsatisfactoriness). Buddhism and this universal approach is equally applicable to all regardless of the region, class status, or ethnic group.

The second reason lies in the Buddha’s great ability as a teacher. In His own words, the Buddha does not have a teacher and there is no equal to Him. In religious history, we do not come across anyone who can be compared with the Buddha’s ability to teach. The Buddha has an incomparable ability to train and tame human beings, and the ability to teach both humans and divine beings. The Buddha is also an enlightened teacher, He discovered the precious Dhamma and proclaimed this Truth to the world out of great compassion.

When the Buddha taught the Dhamma, He did not have any ulterior motives such as achieving wealth, power, popularity, or any worldly gains. He taught out of great compassion, so that others too can achieve enlightenment. When the Buddha sent his first group of enlightened disciples in different directions to spread His teachings, He said, “Monks, go forward and teach the Dhamma out of compassion, for the well-being and happiness of multitudes…” Being motivated by compassion is one of the key success factors in the Buddha’s mission to spread the Dhamma to the world.

We can see that the Buddha has great ability to teach through His teaching methods. He used various methods to teach different people, in ways that people can easily understand the deep doctrine and sublime teachings. He used stories, poems, parables, similes, metaphors, and He asked questions, engaged in dialogues, discussions, and even in debates.

The Buddha often used parables and similes to make it easier for people to understand His teachings. To explain the negative results of evil actions, He said unwholesome karmic energy will follow one just as the wheel follows the hoof of the ox that draws the cart. To illustrate the beneficial results of good actions, He said merits will follow just like one’s own shadow. He likened the ability of wise people to understand the Dhamma quickly to how the tongue can understand taste quickly. And He compared people who know the Dhamma but do not practise to cowherds who look after the cows for wages but do not own the cows and are unable to benefit from the cows’ produce.

Sometimes the Buddha created opportunities for us to realise the Dhamma by ourselves by posing a question for us to think. Referring to the Buddha’s comment that Venerable Devadatta would be born in hell as a result of creating chasm in the Sangha, Prince Abhaya asked whether the Buddha’s harsh words could have hurt people. The Buddha in turn asked the prince what he would do if his little son were to put a stone into his mouth. Prince Abhaya said he would quickly remove it, out of love and compassion for the child, even though the process would hurt. Drawing the similarity, the Buddha said that He too sometimes used harsh words not with evil intention, but out of compassion to teach. When the grieving Kisā Gotami approached the Buddha to save her only child who had died, the Buddha asked her to collect some mustard seeds from a family where death has never occurred, she went round searching for such a family without any success and came to realise that death is a natural phenomenon.

The Buddha was also skilful in using a gradual approach when teaching people, often tailoring to the ability and capacity of the listener. Starting first with general topics like the benefits of practising dāna (charity), the benefits of upholding righteous principles (sīla), and the joy, bliss, and happiness in the heavenly world, the Buddha will then point out the danger of being attached to the desires for pleasures in the heavenly realms, and the bliss and happiness of destroying such desires. When He noticed that the listener was ready and his mind was clear, at that point, He will teach the unique teaching and exposition – the Four Noble Truths. Usually under such conditions, the listener will understand and realise the Dhamma. The Buddha’s ability to read others’ past lives (thus understanding what kind of tendencies, abilities, and faculties that human being has previously cultivated), and the ability to read the thoughts of others, also made it possible for Him to teach what exactly was needed for that human being to be awakened.

The Buddha was often adept in adjusting the way he taught to suit the listener’s background, thus enabling the listener to quickly understand the teachings. The Buddha used farming terminologies when talking to a farmer, and compared preparing the ground, planting the seed, and harvesting the crops, to preparing the mind, uprooting evil, planting good thoughts, and eventually achieving enlightenment. The Kasi Bharadvaja Sutta documents a very interesting dialogue where the Buddha explained to a farmer how He too had worked hard (just as the farmer did) to attain enlightenment by cultivating his spiritual faculties. When Kesi, a horse trainer, asked the Buddha how did He train His disciples, the Buddha explained in horse training terminologies that He too trained them using soft ways and harsh ways, and for those who could not be trained, the Buddha would “kill them” not in the literal sense but by giving up on them. To a goldsmith, the Buddha likened purifying the gold to purifying the mind to achieve enlightenment. To a musician, He used musical knowledge to explain how the middle path could be applied to train the human mind.

Finally, one other noteworthy reason that possibly contributed to the Buddha’s success, is His dedication. The Buddha was available at any time to be approached and asked any question, He was never tired of teaching, He taught openly and freely without keeping any secret. The Buddha did not hesitate to teach even at his deathbed, where He agreed to answer questions from Subhadda who had rushed to see the Buddha upon knowing His impending death. Before passing into Parinibbāna, the Buddha urged His disciples to ask questions if they still had any doubts so that they would not regret it later. In this way, the Buddha always encouraged His disciples to learn and practise the Dhamma, such dedication is perhaps one of the wonderful qualities of the Buddha that contributed to His success.

In summary, the Buddha’s great compassion, unique abilities, excellent teaching methods, skills as a communicator, ability to understand the listener, and His dedication as a teacher, altogether made Him such a great teacher.